Those that use the BBM app on their Android device will be pleased to hear BlackBerry’s latest announcement; they will be upgrading the security of their messenger service. The move helps them to be more competitive in the enterprise market. 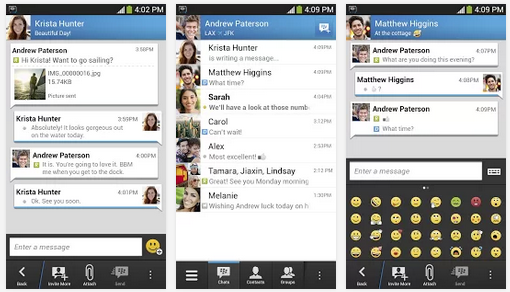 Those using BBM Protected as an instant messaging service, will now have all of their messages encrypted in transit to prevent interception.

This security measure ensures that highly sensitive corporate data can be sent between employees with full confidence.  The new system builds upon the security already offered by BlackBerry which is currently used by many global organisations.

The additional protection will work with the standard BBM app so users do not have to upgrade hardware, download extra applications or install new servers. BBM Protected can also be simply added to existing IT policies.

BBM protected is available today on BlackBerry 10 (BB10)and BlackBerry OS. For those using BlackBerry Balance IOS or Android, the update will be available later this year. So if security on your Android matters to you then watch this space.


Useful Telegram Functions that WhatsApp Does Not Have
27 October, 2021 —

Telegram and WhatsApp are both widely used instant messaging platforms that allow their users to send and receive text messages, media files including audio, video, images, and recordings, and also documents. Both platforms also support video calls and audio calls. Although T…

How to Reset Contacts on Telegram for Android
19 October, 2021 —

In a bid to make the Telegram app better for use, the Telegram development team is constantly researching and implementing new features on the app. Many new and useful features have been added to Telegram over time. One unique feature on Telegram that is appreciated by many u…

Traditionally, mobile phones are meant to make calls via cellular networks. This means that when you go to a place where a cellular network is not available, your device cannot make or receive calls. But thanks to technology advancements, Wi-Fi calling was introduced. With Wi…