How to Change your Voice in WhatsApp Audio Messages

Audio messages in WhatsApp have gained popularity over the years with more WhatsApp users using the feature instead of texting. People use WhatsApp audio messages for different reasons. In situations where you can’t text, like while driving or handling a physically-demanding tasks, sending audio messages can come in handy.

Other people just send WhatsApp audio just for fun. It has been noted that audio messages make messages livelier as compared to texts. You can bring out the intended emotions using audio messages than when actually texting. In a previous related post, we discussed how to find WhatsApp voice messages files on Android.

This is the most commonly used third-party app with over 40 voice filters that will help change your voice. With the app, you will pre-record your message, choose from the list of voices to use, and then upload to WhatsApp.

To use the Voice Changer app: 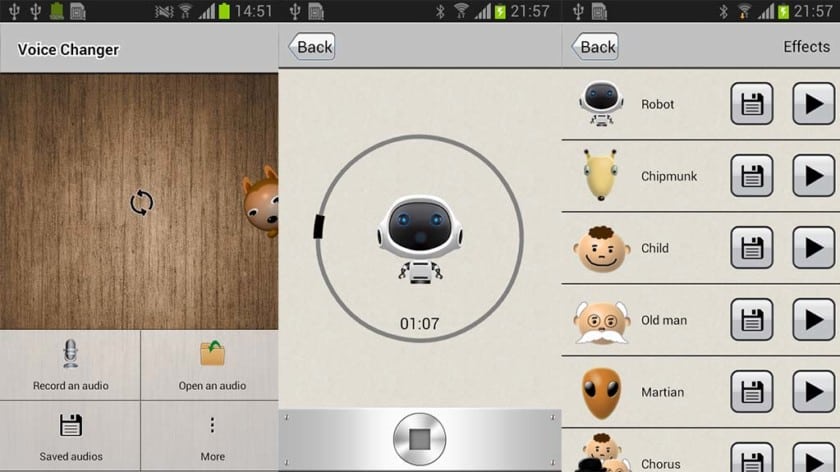 There are other third-party voice changing apps that are compatible with WhatsApp. They include Voice Changer Sound Effects and Voice Notes Store for WhatsApp.

How to Fix WhatsApp Not Showing Contact Names on Android
7 February, 2023 —

When using WhatsApp, you will need to import and synchronize your contacts with the app. This means that when sending a message to a contact on WhatsApp, you will be able to see the contact name the same way you saved it in your phone contacts. However, sometimes you may expe…

Best Must Have Android Apps for WhatsApp Users
2 February, 2023 —

WhatsApp has a variety of services and features that have been making communication effective and efficient over time. However, there are some additional features and services that are important to WhatsApp users but are not embedded into the official app. To help incorporate…

Best Coding Apps for Android you Should Download
26 January, 2023 —

Coding apps for Android are quickly becoming the go-to option for aspiring coders and developers looking to enhance their skills. From comprehensive coding tutorials to advanced coding tools, these coding apps can help users learn coding fundamentals and get the most out of t…

WhatsApp continues to roll out new updates in a bid to improve its services to its users. The recent one is the use of a proxy. WhatsApp Proxy is a tool that allows users to access the WhatsApp messaging service while connected to a proxy server. In general, a proxy is often …