What Social Network Dominates the World of Smartphone Users?

Nowadays, being part of one or more social networks is as normal as having a passport.

It’s hard to imagine that 10 years ago this term was not part of our vocabulary. Did you know that more than 2.06 billion people around the world have at least one social media account? And… more than 80% of these users access their accounts through a smartphone.

Have you ever wondered which social network is the most used around the world or in a particular country? Well, let’s have look on our AndroidOut community: 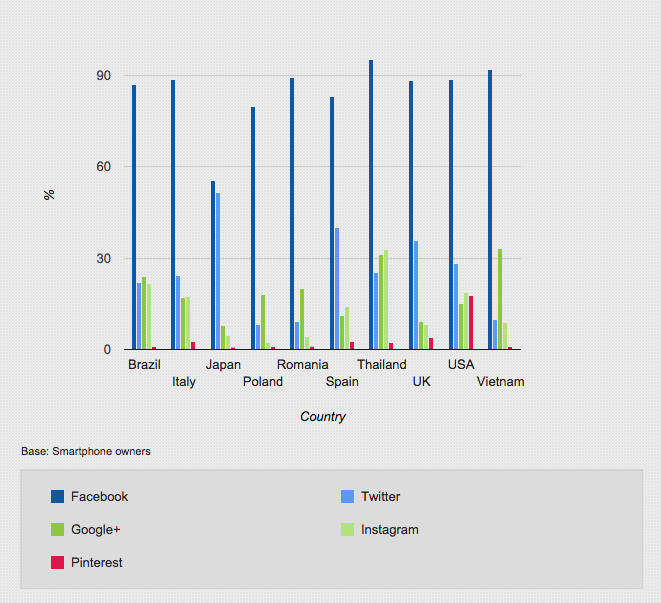 It’s clear that Facebook is singlehandedly winning the popularity contest. In Thailand and Vietnam almost 100% of users access this app every single day and well, Romania is not falling far behind.

The only significant exception to Facebook monopoly on daily usage is Japan. So it seems, Japanese users do not network as frequently as others yet they enjoy tweeting as much as Facebook sharing. Poland is the second lowest on daily networking scale, except none of the other networks, is doing particularly well either.

And who is the biggest sharer? Have a look: 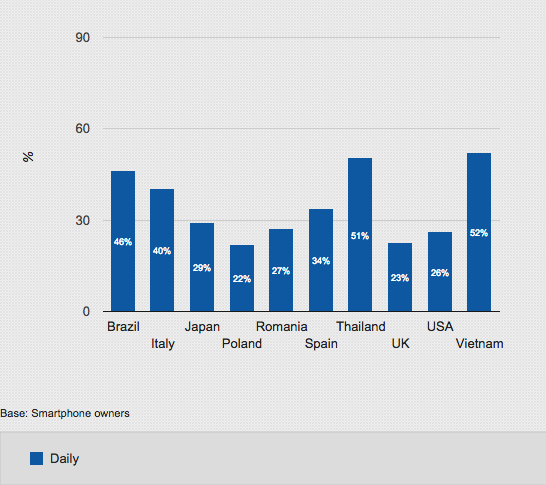 In Thailand and Vietnam over 50% of smartphone users share something over a network every single day! Brasil and Italy are not falling far behind. Again, Poland does not seem to be so big on sharing either…

James Brandon19 December, 2019
Most websites including tech websites have recently integrated the use of Google AMP stories when coming up with content for …
END_OF_DOCUMENT_TOKEN_TO_BE_REPLACED

Check our new section out: Android Apps on Sale!

charlotte7 November, 2017
We are sure you’ve noticed there are some new changes on our web site: Android Apps on sale section! Did you see it? …
END_OF_DOCUMENT_TOKEN_TO_BE_REPLACED

What Every Country Leads the World in? Check the Map!

barbora30 July, 2015
The internet is full of maps about funny and sometimes unfortunate country stereotypes. Stereotypes can be fun, but  we decided …
END_OF_DOCUMENT_TOKEN_TO_BE_REPLACED

barbora15 June, 2015
Heads up AndroidOut community! We have some exciting news for you. To improve your experience, the already app-savvy AndroidOut.com has …
END_OF_DOCUMENT_TOKEN_TO_BE_REPLACED

shannon4 May, 2015
AndroidOut has launched four new websites in Polish, Japanese, Korean and Romanian which are already accessible. With these new additions since its …
END_OF_DOCUMENT_TOKEN_TO_BE_REPLACED