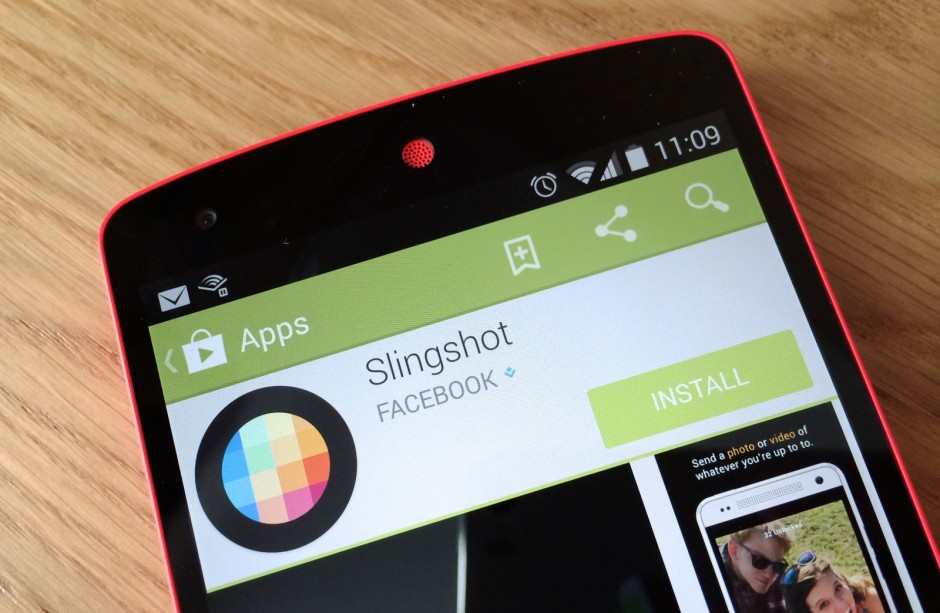 When you open the app, like Snapchat the camera opens automatically. But unlike Snapchat, after you take a picture or video it will be shared straight away; you will not be able to view the content it before the world does.

This is a bold move but Facebook Slingshot developers believe that because the image or video will only be on the internet temporarily people will be more confident to share their natural lives as oppose to one that is reviewed and constructed as often happens on social networking sites.


Snapchat’s images have time limit, but Slingshot allows them to stay there for an unlimited amount of time. Your pictures will only disappear from your friends wall when they swipe them away and then it will be gone forever. Your friends will still be able to respond to your Slingshot posts though with a simple “React” button.

The Slingshot app is now available on Android, it requires a working phone number to set it up.