Too many apps, not enough time – what do we do with all our apps?

The app world has been changing and developing since the birth of the app store in 2008 and it  shows no sign of slowing down. With hundreds of thousands of Android apps now available, how many apps do smartphone users actually use?

A recent US survey wanted to find the answer to this question; the Neilsen report found that we may have reached our limit.

Comparing data with the same survey carried out two years previous, Neilsen found that users now access 26 apps within any given month, the 2011 data indicated the number to be 23. This is not a significant rise considering how the much the market has developed and how many more apps are available, but there has been one significant change.

The hours we spend using apps has increased by 65%, of course begs the question; what were we doing with all this time before? 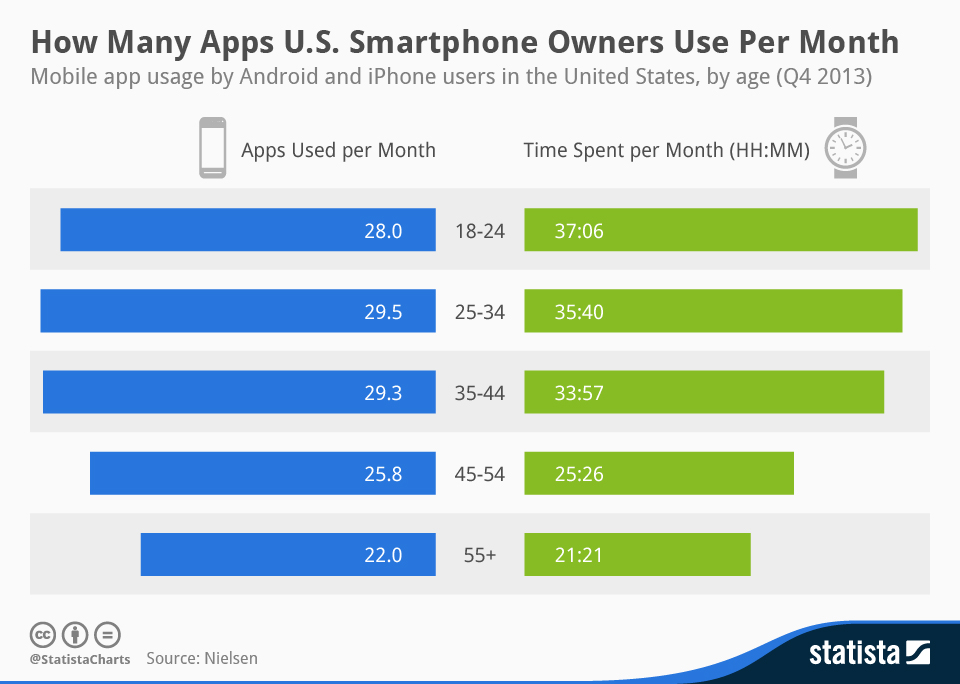 Another notable point to come out of the Neilsen report is the age groups accessing the apps. The numbers do decrease in the over 55 category however not as much as we may have expected. This shows that the app market is accessible to everyone; from art to books, from music to finance,  developers no longer undervalue the silver surfer market and the whole industry benefits as a result. We not not be able to handle any more apps each month but at least